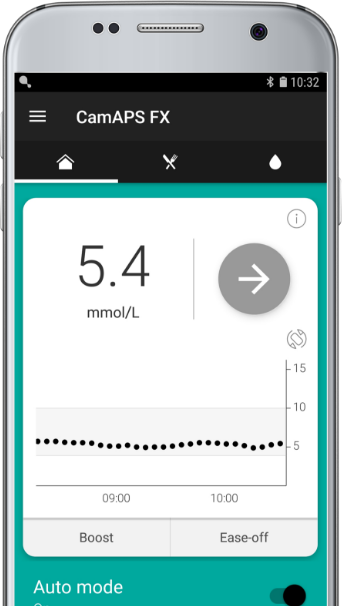 The hybrid closed-loop system that automatically adjusts insulin delivery on your insulin pump based on your sensor glucose readings.

Adaptive and personalised to you

Learns and adjusts according to your insulin needs, whilst giving you the freedom to change settings.

Runs on your smartphone

Compatible with the Android OS*.

*Android is a trademark of Google LLC

Available for all ages

Approved for ages one year and over.

Developed at the University of Cambridge. Considered by many as ‘the best algorithm out there’. Randomised clinical trials have shown a significant increase in time in range, a reduction in HbA1c, as well as a reduction in time spent in hypoglycaemia and hyperglycaemia and improved well-being.

What is CamAPS FX?

CamAPS FX is an Android app to manage glucose levels in people with type 1 diabetes, aged one year and older, using a hybrid closed-loop approach.

Additional age restrictions may apply depending on your chosen continuous glucose monitor or insulin pump.

CamAPS® FX is a registered trademark of CamDiab Ltd.

Over 12 weeks of free living, subjects were randomly provided either the CamAPS FX hybrid closed loop system or sensor augmented pump therapy. Subjects were over the age of 6 years old with sub-optimally controlled blood glucose. The primary endpoint was the proportion of time that glucose concentration was within the target range of 3·9–10·0 mmol/L at 12 weeks post randomisation.

The proportion of time that glucose concentration was within the target range was significantly higher in the closed-loop group (65%, SD 8) compared with the control group (54%, SD 9). 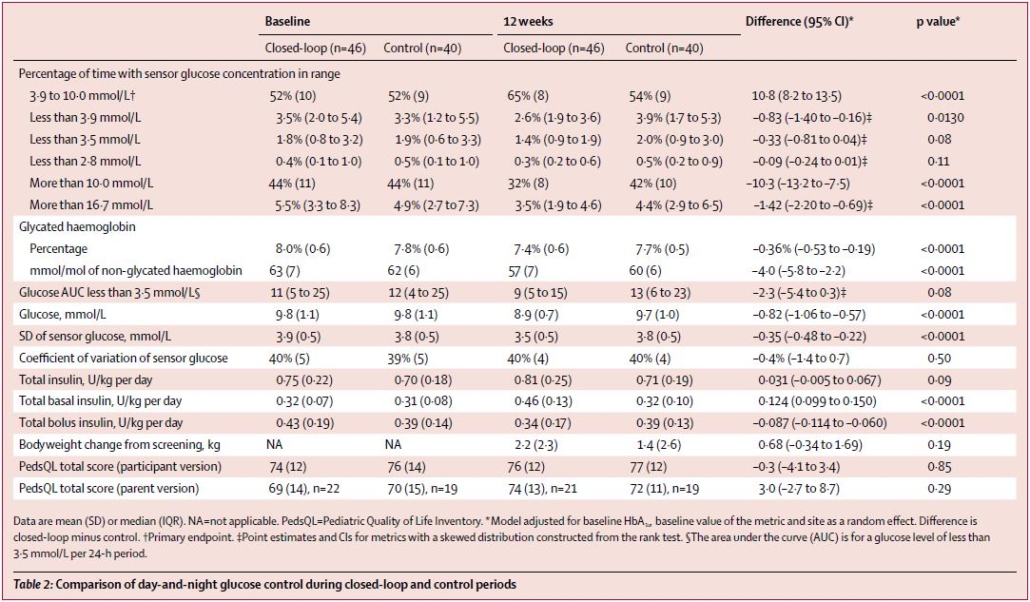 In the closed-loop group, HbA1c was reduced from a screening value of 8·3% (SD 0·6)  to 7·4% (SD 0·6) after the 12-week intervention period. In the control group, the HbA1c values were 8·2% (SD 0·5) at screening and 7·7% (SD 0·5) after intervention; reductions in HbA1c percentages were significantly greater in the closed-loop group compared with the control group. 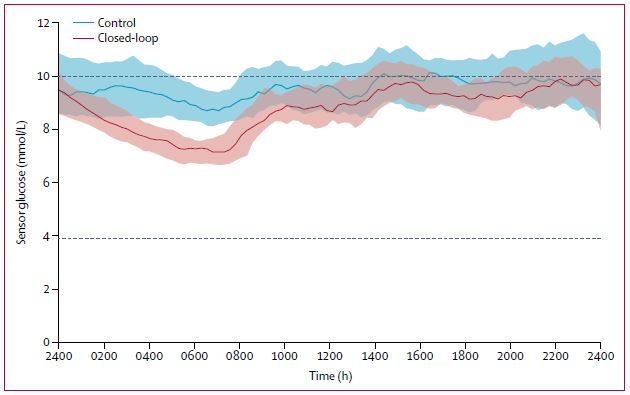 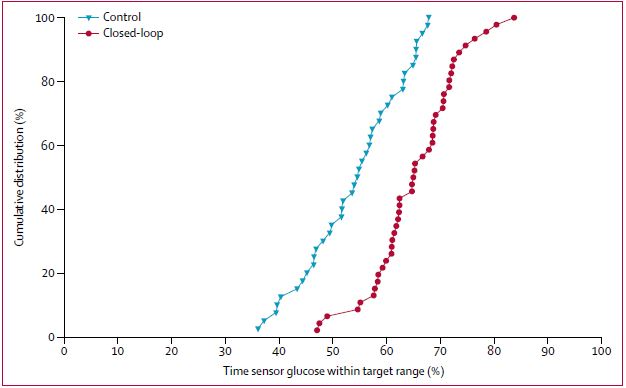